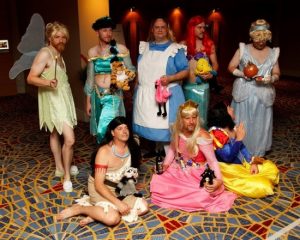 Over a twenty year career in the business of costumes, we get the same question time and time again. Which costumes are the most popular? We have finally decided to take the time to properly answer the question. The answer is that it’s the wrong question!

Think about it – when you think of interesting hats, it isn’t the sensible cap that comes to mind. It’s the rainbow-striped top hat with the Ostrich feather poking out of the top! When you think of interesting wigs, it isn’t the straight blonde bob that comes to mind. It’s the neon pink Afro with the silver streaks! For good, and just as often for bad, it’s the odd things that stand out. Rather than the expected list of superhero and princess costumes that sell out year after year, here is a list of the thirteen strangest costume themes!

Many of us grew up on Disney movies, with Cinderella bedsheets and The Little Mermaid lunchboxes. The movies were wholesome and cute, with great songs to sing along to and inspiring themes of friendship and true love. While the Disney costumes of childhood were as sweet as can be, there is another side to Disney – drag Disney.

These sexy versions of beloved Disney characters can be disturbing, but seeing a large, bearded man dressed up as Belle of Beauty and the Beast can also be very funny. At the very least, it is not a costume that you will be quick to forget! 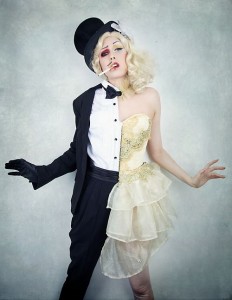 ⦁ Half and Half

This costume has a special appeal to those who can never seem to commit to anything. There is no reason to choose just one thing when you can feel free to be in two minds and let it reflect in your costume! Be a princess on the top and a superhero on the bottom. Be a woman on your left side and a man on your right side. Mix a nun costume up with a Madonna costume. It won’t be a particularly sensible costume, but it will be all the more memorable for its nonsensical whimsy!

⦁ I can’t believe you really wore that 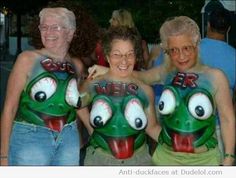 There’s the fashion police for weird outfits, but costumes have free reign to be as crazy as they want. Whether it’s an overgrown baby, Elvis Presley as a Mafia Hitman, or simply chaps and a g-string, believe us – it has been done before. With this costume, the challenge is to be as ridiculous as possible!

Spiderman and Superman and Batman are all well and good, but we must not forget about the superheros who scored low marks in superpower school. Invent your own dinky superhero and let mediocrity inspire you! Forget about super strength and be Mr. Fantale, whose superpower is shooting Fantale lollies out of his sleeves. He makes every catastrophe a little sweeter! Piker girl cannot fly, but she can go home early, with tegs in her hair and a sleeping mask on her face. If the world needs saving after sundown, she’ll get to it tomorrow!

Speaking of saving the world, pissweak supervillains are just as great as pissweak superheroes. The Tea Toweler brings chaos to the metropolis by flicking people with tea towels! 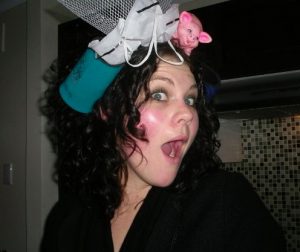 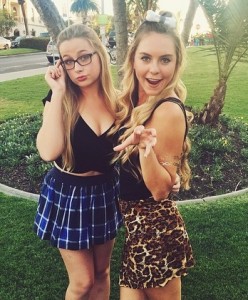 This one makes a great couples costume or a great party theme. There is absolutely nothing subtle about the stark contrast between the feral, lustful barbarians, scantily clad in ripped animal skins and woven plant materials, and the repressed librarians with their intellectual facades and sexy outfits.

If opposites attract, this is a combination as forceful as a firework! 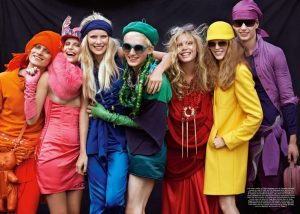 Keep your clothing cheap for this one, because you won’t return home with all of it! Show up wearing single colored clothing pieces in a variety of colors. Throughout the party, swap clothing items with other guests until you are dressed in only one color. The aim of the party is to send everyone home in a monochromatic outfit. Only then will you have collectively solved the rubix cube! 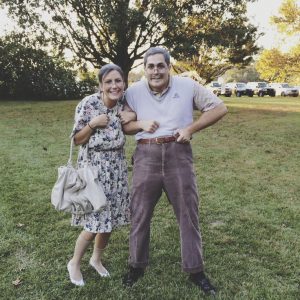 We all like to look at photos of our younger selves from time to time, sometimes for the memories and sometimes to imagine what life was like for us when we were so young. We can’t look at our older selves in photos, but with a little imagination and a lot of help from our parents’ wardrobes and/or the local thrift store, we can dress up as our future selves! This makes for a hilarious costume party theme, because people show up in really ugly, daggy clothing and faces full of drawn on wrinkles and age spots. Don’t forget a grey wig or a heavy dusting of flour in your hair!

We aren’t talking about your run of the mill beauty blogger or aspiring Justin Bieber 2.0. While YouTube has given rise to a lot of internet celebrities with skills that are varying degrees of valuable, it has also brought us the wonders of Mum in the Chewbacca mask and Dinosaur Riding a Horse! Broadening this theme to include memes is perfectly acceptable if you are in more of a Pizza Rat sort of mood. 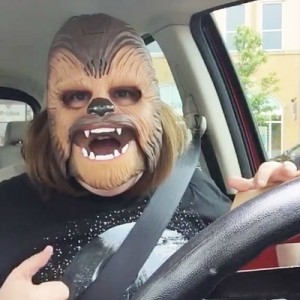 Art makes our lives more colorful and dressing up as a famous work of art or a well-known artist is just as fun! As is only fitting for the arts, this costume takes some creativity. Dressing up in an all-blue costume with lilies all over is perfect for Monet fans. Colorful costumes with odd shapes all over make for great Picasso costumes and a smirk with period clothing makes a Mona Lisa! If you’re more interested in the artists than the art, wrap a bandage around your ear to be Vincent Van Gogh or dress as an Englishman in a bowler hat with an apple face mask.

We promise we aren’t making this one up. This was a real party theme! Use the OPI Nail color chart and dress up to match the wonky names! Don’t just match the color in a monochromatic costume, but actually give the name some thought. With creative names like Voodoo Vibe, Lady Marmalade, Alligator Tears, and Big Easy, the costumes can be really fun! If you aren’t an OPI fan or you’ve already thrown an OPI party and want to do something similar but different, this theme is easily adaptable to other color charts. Paints, carpeting, and crayons all make great options, as well! 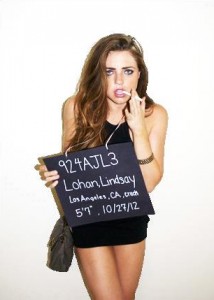 You will see many Beyonces and Kim Kardashians, but what is common is not memorable. Instead of dressing as the A-Listers everyone either loves or loves to hate, pick a washed-up celebrity whose glory days are long in the past!

Lindsay Lohan and Amanda Bynes, through any stage of their very public careers and very public breakdowns, make fun costumes. So do Mr. T or a MC Hammer with a foreclosure sign hanging around his neck!

Seven deadly sins makes for a great house party theme! Decorate each room as a different deadly sin. Make it luxe for greed, red and loud for wrath, chill for sloth, fattening and boozey for gluttony, sultry and sexy for lust, and competitive for pride. Themed costumes, featuring any one sin or any combination of sins, can get really interesting! 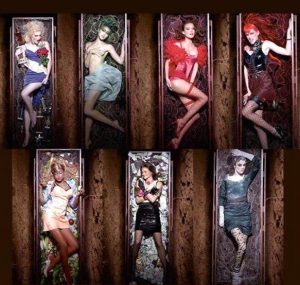 This costume makes a great theme for a costume party at work! Work colleagues tend to come from many different places, so you will have a colorful bunch. Our work party had German men in Lederhosen, a Rosie the Riveter, a hot dog, a gypsy, a kebab guy, a male geisha, and a brightly colored Mexican piñata!

If you want to be remembered at your next holiday party, don’t think about what the popular costumes are. Think about what the weirdest costume you can come up with would be and be that, instead! As B-list celebrities and reality television stars are testament to with their near-constant antics for the paparazzi, being crazy is just as effective at being good for getting attention!