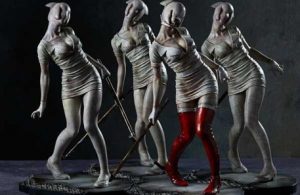 Halloween is one of the most entertaining times of the year. It’s a given that people of all ages can dress themselves up as some terrifying ghoul or other, all vying to be the most horrific sight in town. The general consensus is that if we can make someone else jump out of their skin or recoil in horror, our Halloween costume has been a success!

We may get a kick out of frightening others, but there’s something appealing about being frightened, too. That’s why we’re glued to the screen when ghoulish flicks are on, mentally putting ourselves in the position of the hapless victim. Halloween is a chance to play-act the horrors we’d never really want to face, and dressing up in costume is the main part of that.

Here are 8 of the scariest Halloween costume options we could think of for your 2018 celebrations:

Stephen King’s horror classic IT is still going strong, since the remake of the 1990 movie. Pennywise had already wormed his way into our collective psyche and poured fuel on the fire of a well-established circus clown fear. Nobody forgot that ghostly white face, pointy rotten teeth and shock of red hair in a hurry. But just in case you had, the 2017 remake is there to refresh your memory.

Most clown-fearing citizens can barely look at these creepy creatures, so they’re a great choice for a Halloween costume. Whether you go for the original character or the modern one with his yellow eyes and blood-curdling rack of pointy teeth, there’s nothing quite like a killer clown to make your neighbourhood uneasy!

A demonic nun may be a total contradiction in terms, but that’s exactly what makes Valak so scary. She haunts the halls of a Romanian monastery in this latest release from the Conjuring series. Anyone who has seen her in action knows that it’s not easy to put her out of your mind for a good night’s sleep afterwards.

Those blood-soaked fangs and glowing yellow eyes are the antithesis of a nun, and when in action, she’s truly adept at making people jump out of their skins. Set yourself the challenge of becoming Valak for the night and see if you can rise to that challenge! 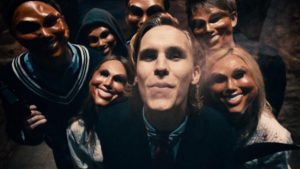 Recent movie and TV series The Purge is a dystopian horror that depicts the possibilities of what might happen if all crime was made legal for one day a year. Obviously the films take the possibilities to the next level, leaving us mentally scarred and ever so slightly paranoid!

One of the more terror-invoking aspects of these movies (aside from the persistent and disturbing violence throughout) is the variety of creepy masks that hide perpetrators’ identities. From evil grins to blank white faces with ‘God’ scribbled on the forehead, these are responsible for rapidly making The Purge a Halloween classic. Sporting Purge costumes around your neighbourhood or at a Halloween party will either make you the star of the show, or lose you a few friends!

No Halloween event would be complete without at least one Michael Myers present. He’s the original Halloween character, and his presence strikes fear into the hearts of many! Anyone who has seen this classic horror movie can testify that seeing Myers will guarantee you a sleepless night or two.

It’s no surprise really, when you consider that Myers thought nothing of donning a chilling clown costume and mask, before stabbing his own sister to death with a kitchen knife. Myers’ long black cloak coupled with that infamous white mask made him iconic in the horror world, so he makes the perfect Halloween character. 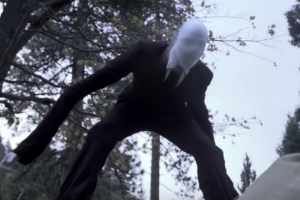 The Slender Man is a thin, unnaturally tall humanoid with disproportionately long arms, and tentacles; he is also without any facial features – his face is like a mottled white oval. This supernatural character wears a sinister looking black suit, and has a penchant for kidnapping children… but the question is, does he or does he not exist?

Many said that he was a myth, but going by the plight of the kids who tried to prove he didn’t exist, he should have been avoided at all costs. Slender Man makes for an excellent Halloween costume, as he’s entirely original and unbelievably creepy! 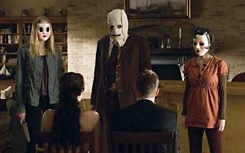 Gory psychological thriller The Strangers left us reluctant to ever stay in a remote setting again! Nobody wants to be that couple caught out in the middle of nowhere with no communication options, being stalked by a group of psychotic, masked torturers. As always, it’s the masks that cause the most psychological disturbance.

These masks are particularly interesting. You never get to see the faces beneath them, so the masks are the main event. There are two females, each in a sinister doll mask, and one taller man in a suit and a white head-sack with eyes and a slit mouth cut out. All are unsettling, to say the least!

How about one of the monster nurses from Silent Hill, in which the recurring themes are hospitalization, insanity, and death? Nobody in their right mind wants to be nursed by these parodies of the stereotypical sexy nurse! They may be wearing short skirts and displaying plenty of cleavage, but that look is offset by grime, blood, limps, and worst of all… a face like a melted rubber boot!
If that isn’t enough to put you off your dinner, we don’t know what is. The visual contradiction between sexy nurse and grotesque monster will ensure you’re giving your fellow partygoers a shudder or two, if nothing else.

The Exorcist may now be an old movie, but it remains one of the most iconic horror movies of all time. It’s also one of the most profitable horror movies ever made. This is perhaps because the story is based on real happenings. Strangely enough, witnessing demonic possession in action seems to have a way of making people jittery!

Regan, the star of the show, is a child who begins to act strangely. There’s nothing normal about speaking in tongues, levitating and cursing! Once she is fully possessed, the exorcism takes place and she’s pretty hard to look at. That ghostly, demonic face will certainly have a place at your Halloween party!