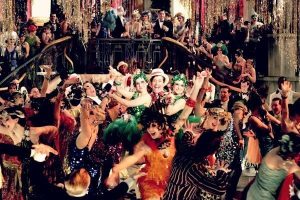 That time of year is coming around again… the evening when everyone feels most free to let their hair down and celebrate the highs of a year gone by, coupled with the promise of the year that is about to start. Melbourne is no stranger to parties, and you can find them happening night in, night out, all year round… and yet there’s something special about New Year’s Eve Melbourne.

Melburnians love to dress up and let rip, and this takes on a whole new level when New Year’s Eve comes around. If you’re lucky enough to be in Melbourne this year, we’ve got some ideas about how you can maximise your costume fun, and of course which venues are hosting the themed events to cater for it.

Check out the below themes, what’s going down and where to find it this New Year’s Eve in Melbourne: 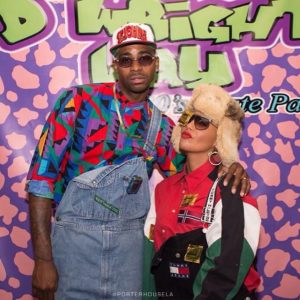 Penthouse15 certainly know how to put on a sky-high party, and this year they are leaving no stone unturned with their 90s flashback party at Blue Diamond in the city. It always sells out, so it’s advisable to get your ticket now. With live percussionists and costumed dancers, DJ’s spinning RnB, dance and house anthems… city views and fireworks complete a pretty picture!

Costume-wise, you’ve got a huge range at your fingertips. How about a 90’s rap dude or break dancer, or a 90’s hip-hop girl in glam gold leggings?

In the city, State of Grace bring you a 1920’s prohibition New Year’s Eve party at the legendary Cotton Club. It’s time to step back in time for a night of luxury amidst the scene of 1920’s prohibition. There will be a surprise performance and in terms of tickets there are several packages available, from standard table to a four course dining package and rooftop tickets with firework views… all come with drinks and canapés.

What will you go as? We love the idea of elegant feathered flappers dancing with super-smooth gangsters in their pinstripes, fedoras and braces… 20’s preppies will have a ball mixing with Broadway babes, Al Capones and Charlie Chaplins! 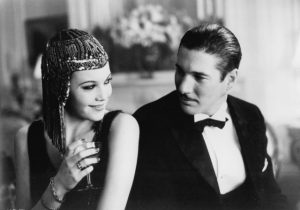 All that glitters really is gold at the Black and Gold themed party hosted by Woolshed Rooftop in Docklands. Some of Melbourne’s finest DJs will spin disco funk soul for you to get down to, with a bit of commercial house to finish. You’ll be able to view the Marvel Stadium’s fireworks from the gorgeous harbour view room, and a diverse array of drinks is on offer with top quality foods served all night.

Another option would be the Ludlow bar in Southbank, where the Disco Fever party promises to reach feverish heights. Disco nights are never out of place, and especially not on New Year’s Eve… so expect old school, new school and silent disco, disco balls twinkling over the disco floor and… disco machines and dance cages! Book ahead if you want a cocktail or dining package, or just turn up at the public bar whenever suits.

Costumes that work well with this theme might be the Supremes Motown sisters, and ladies also look glam in glittering 70s disco jumpsuits. For the guys, you can’t go wrong as a disco dude or generally groovy 70s guy. We love this ultra-glam sequinned disco costume for the ladies too. 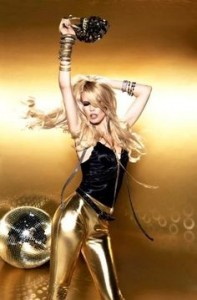 Old school fans won’t miss their chance to go back to the 90s and 2000s down at Melbourne Central Lion Hotel in the city. If you get there before 11pm entry is free, which is an added bonus and gives you plenty more to spend on drinks! DJ Matt K and DJ Chris Fotou rock the main room, while in Jac’s Lounge, Jono Earle is the star of the show.

Old school fancy dress gems include Vanilla Ice (everyone should emulate him once in a lifetime!), or how about a Backstreet Boy? Girls can’t go wrong as Baby Spice, or perhaps a Barbie doll… and couples can bring Britney and Justin back together for a night!

It may only be the end of the year, but down at The Perseverance, you can pretend it’s the end of the world for the night. Dance like it was your last night on earth to musical classics from the 80s onwards, and ease your way off the planet with a few disaster jugs and nuke shots. There’s a midnight balloon prize drop for a bit of extra excitement on the 12th hour

There will no doubt be priests present to slur some last rites, a few grim reapers to keep things real… perhaps the devil and his wife might turn up to gloat?

Robarta in St Kilda have had much success with the Jungle theme in the past so this year they’ll be bringing it back once again. Their creative team will transform the place into a jungle and DJs will spin party music, RnB, commercial and deep house all night long. Get your late night ticket or inclusive package now to avoid disappointment.

You can also head down to Terminus in the city for their daytime jungle party from 2pm to 7pm. This ‘big green pub’ is having a big green jungle party to bring out your inner animal ready for a night prowl. There will be market stalls selling South East Asian food, Jungle-inspired cocktails and specialty beers. DJs will play tunes all afternoon too.

This is the theme for all you lions and lionesses, tigers and tigresses, voodoo people, Tarzans and Janes. What jungle would be complete without a few parrots, chimps and gorillas? 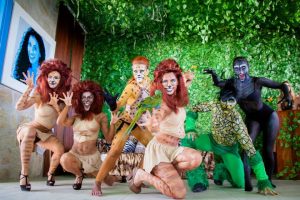 Maybe it’s time to step back in time to a masquerade ball? If so, Campari House in the City could be the place for you. Choose from two luxury packages, including premium foods and drinks on the rooftop soda bar, panoramic views of firework displays and quality beverages.

Alternatively there is Little Red Pocket (also in the city) if you want to splash out on pure luxury for NYE. The NYE booth will set you back a cool $1999, but for that you’ll get 10 tickets, full service including premium bottles and food platters, VIP table service and entertainment including Vegas showgirls, all styles of music and much more.

18th century masquerade ladies and couples will be more than welcome… it’s the place for glam Victorians and aristocrats, so aside from hiding behind your gorgeous masks, don’t be shy! 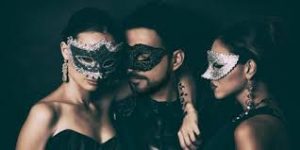