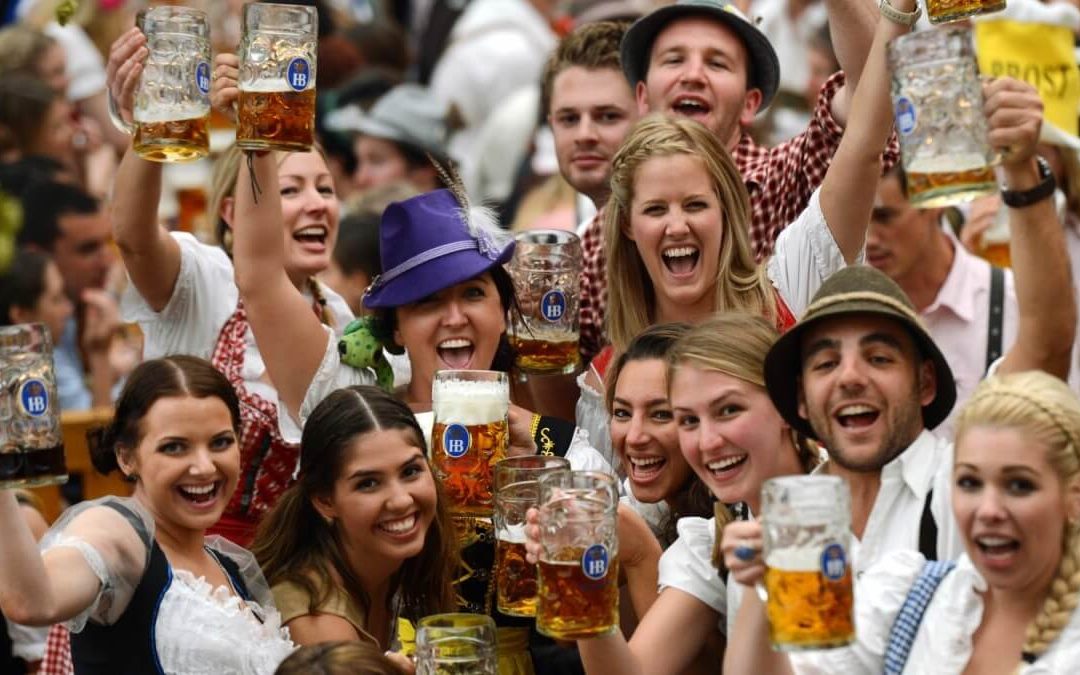 Melbourne is a city that welcomes Oktoberfest with open arms, and there are so many options for celebrating it. You’ve got everything from outdoor festivals to German beer halls, local brewers and venues with an authentic German atmosphere.  It’s so much fun to immerse yourself in a festival atmosphere knowing that people all around the world are sharing this vibe with you… many of whom will be dressing up in dirndls and lederhosen and enthusiastically dancing to German folk music and doing the hand slap dance!

Oktoberfest in the Gardens is at Melbourne Showground on Saturday 19th October. Inspired by the love of the traditional Bavarian festival and great beer, Oktoberfest in the Gardens features a massive beer hall, authentic German food stalls, roving performers, sideshow alley, silent disco and an eclectic mix of entertainment and competitions across multiple stages throughout the afternoon and evening.

St Kilda does Oktoberfest in style this year they’re bigger than ever.  It will be held at Catani Gardens on Saturday 26th October. You can expect to find more than five stages and a whole host of acts gracing them, from live musicians to comedians. There are bigger bars (more beer than ever!), a bigger silent disco than usual, best-dressed competitions, Stein power lifting competitions, German games and more.

German Beer Halls and local brewers
Hophaus will tell you that their event, is like Christmas, New Year’s Eve and your birthday all rolled into one. Running from 11-13th October, they’ve got every delicious bier imaginable on the menu (including imported German biers), live music and DJs, a sausage eating competition and Dachshund races. Get your Lederhosen on and join in the fun!
Every day from 21st September to 27th October, Munich Brauhaus will be celebrating Oktoberfest. Over six weeks they’ll have 5 official biers on the menu ready to fuel the ‘biggest Oktoberfest party outside of Bavaria’. Eat from their supersized feasting menus, listen to Oom-pah-pah bands and grab your chance to win a trip to Munich.
Bridge Road Brewers in the old coach house hosts Oktoberfest 2018 Ohm-Pah on Saturday 12th and Sunday 13th October. Sample world-class Beechworth beers, deck yourself out in Lederhosen or Dirndl and enjoy the ohm-pah band’s festive tunes.

German Restaurants
For an authentic German atmosphere, check out German Club Tivoli for an Oktoberfest celebration on 12th October. Feast on traditional, homemade German and European dishes and sup on dozens of imported German beers, wines, and schnapps. You can play billiards, darts and table tennis in the Bier Halle too.
Once per week from 5th October until 26th, Cuckoo Restaurant also offers you German traditional food, yodelling floor show and festivities at their event, Okto Beer Fest. There will be live music, a German costume contest, Bavarian food, and a yummy Schnitzel fest!

With so many excellent venues and events to choose from, you can’t fail to have a rollicking good Oktoberfest here in Melbourne. So get your tickets, sort out your Lederhosen, gather your closest together… and let’s get this show on the road. Prost!