Make Halloween 2019 a Scarefest to Remember 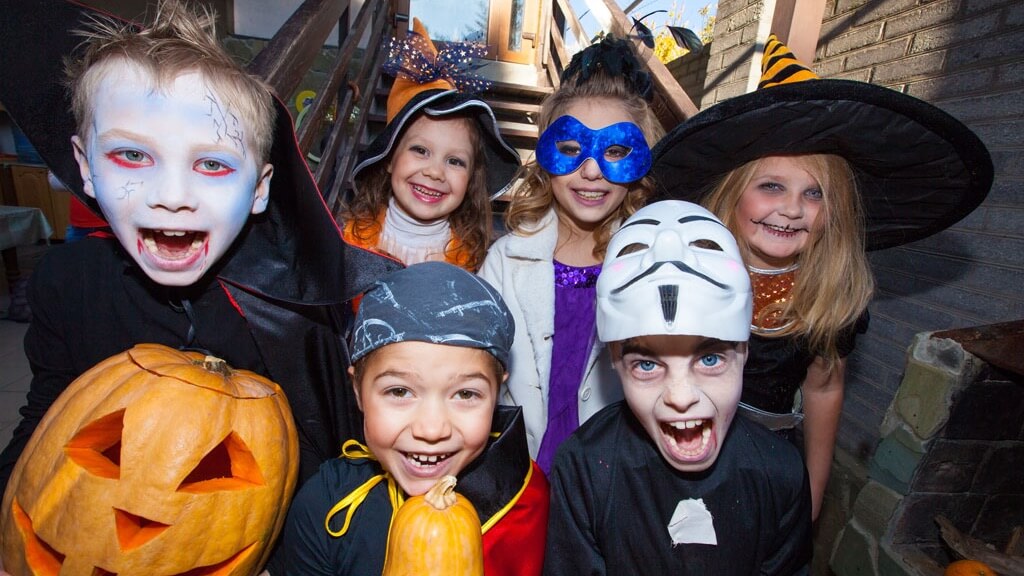 Halloween is always a whole heap of fun, and trick or treating is one of the best bits at Halloween… as is throwing a hell of a Halloween party. Since the goal is to terrorise your neighbourhood to the max, you’re going to want to do this in style. That means going all out with your Halloween costumes, and making your parties as hair-raising as is ghoulishly possible.  We’ve got some fun ideas for making Halloween 2019 the kind of scarefest that will have your neighbours sleeping with the lights on for the foreseeable future. Whether you decide to take to the streets of Melbourne and strike fear into the heart of your local community, or you throw a Halloween party at your house, we’re here with Halloween ideas, to help you make the absolute most of it.

Bring your trick or treat A-game to your local street

Although it can be fun to do your spooking spontaneously, it’s sensible to put a practical strategy in place if you want to gather enough local ghouls together. We recommend drawing a little plan of the streets you plan to victimise, and then knocking on a few doors or posting invites well ahead of the event. Before you start dropping invites through doors, have a think about your plan of action. For instance:

Print or hand make some invites, and they’re bound to peak the interest of a few naughty neighbours who will want to join in the fun on the night. For those who you suspect won’t be up for it, drop a polite warning note through the door. This gives them the option to ignore you if they can’t bring themselves to embrace their victimhood for the evening. Perhaps suggest they let you know if they are open to your advances by leaving a pumpkin or balloon outside the house.

Step 2: Be prepared for trick prompts and reverse mischief!

Your gaggle of ghosts and ghouls will need to be prepared for all eventualities on the night, which means that they’ll need a bag to carry their acquisitions in when given a treat. People mostly tend to give out treats, but some mischievous neighbours might want to test your mettle…  so it could be a good idea to come up with a list of benevolent tricks for the braver neighbours who want to see what your crew is made of.

We don’t recommend egging houses or people – or anything antisocial like that! So how about carrying a plastic cauldron full of spiders for your neighbours to put their hands in, or a spooky joke or song they’ll have to endure? You could even threaten them with a water gun, but actually using it might not make you popular later! Also, remember that Halloween tricks can be two-way – there are no steadfast rules to this game, and your neighbours may delight in scaring you before you get the chance to scare them!

Whether you want to organise a trick or treat walk or not, you can still throw a hell-raising Halloween party at the end. No doubt the trick or treaters will be high as kites from munching on a blood-curdling amount of sweets, so it’s a great way for them to burn off some energy. If that’s all a bit much for you, leave the trick or treating events to other neighbours and focus solely on creating an event at your home. Inviting local kids and neighbours will stand you in good stead for future Halloween parties, since you’ll always be on your neighbours’ lists!

We know that some Halloween décor is born from a mixture of common sense and experience, so we won’t tell you how to suck eggs. However, aside from the usual frightful additions to the home, you could add glow-in-the-dark details to everything from the cups to the pumpkins… illuminating your party in this creepy way works wonders for the atmosphere.

You could also paint creepy messages on wooden boards and put them up around the house and yard. We love black card silhouettes on the walls and in crevices, too: think bats, birds, vampires and witches in the shadows. Candelabras and church candles never go amiss; nor do red velvet curtains, throws and table runners. Lastly, throw plastic insects around the place at random so that nobody can relax for so much as a moment.

You don’t need to go crazy on the food front, especially as lots of partygoers will have gorged on pre-party trick or treat pickings. It’s good to have a few Halloween themed party foods on the go though. How about dotting a few squashes and gourds around on the tables, and serving only squash and pumpkin recipes? Little cakes or biscuits iced with horrors work well too.

For the adults present, concoct a few creepy cocktails by adding red food colouring or cranberry juice, and replace bottle labels with your own idle threats such as ‘poison’ or ‘arsenic’.

In terms of party games, you can’t go wrong with a bit of apple bobbing. How about a mummy-wrapping competition, or a pumpkin carving party? Since everyone will be hell bent on dressing the part, you could hold a Halloween costume competition too.

Get your costumes right on the night

Since we have already come up with some hot Halloween costume ideas for 2019, we won’t repeat ourselves unduly. Nevertheless, Halloween costumes are the main event, and we wouldn’t want you to miss out on the glory of horrifying your fellow partygoers and trick or treaters!

To spark off your imagination, a few other favourite Halloween costumes of ours are the Bride of Frankenstein, Beetlejuice or Lydia, and the more traditional characters such as draculas, Egyptian mummies, gruesome Freddie Krugers and fallen angels. Whatever
your costume aspirations, Creative Costumes will undoubtedly have you covered for Halloween 2019. Come and see us or drop us a line and we’ll do our best to hell you out!