Dressing Up Star Wars Style: May the 4th be With You

Of all the characters on the world stage, Star Wars characters are up there among the most fun to dress up as. There are just so many iconic characters to choose from, and they liven up any party or event. What’s more, now that the new Hans Solo movie, Solo: A Star Wars Story, is coming out on 25th May this year, Star Wars fanatics are getting excited. They can’t wait to see Hans meeting with his future copilot Chewbacca on an adventure into a dark criminal underworld.  May the forth be with you this Friday.

Star Wars fandom is quite a phenomenon today – it could even be considered cult-like, but there are surely worse cults you could join. Some would call Star Wars fandom a way of life, and others would even call it a religion! In New Zealand, Star Wars fans were fighting to make The Jedi Church an official religion, back in March… that says it all! 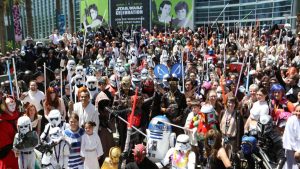 As you can see, plenty of people around the world take Star Wars fandom very seriously indeed.

There are plenty of forums dedicated to Star Wars discussion, and many friendships have been built thanks to a mutual love of Star Wars. Movies are only a small part of what Star Wars has produced since it was birthed by George Lucas in 1977, however.

There’s a vast amount of literature and comic books available to fans and they go into serious detail. It’s not uncommon for fans to dedicate entire weekends to Star Wars ‘moviethons’, and if you want to celebrate Star Wars en masse, there are all kinds of events from parties to concerts and exhibitions happening all around the world… every year without fail. Full immersion into the Star Wars universe has never been easier, and you certainly won’t be alone.

It has to be said that one of the most fun ways to enjoy Star Wars is to dress up as one of the characters. The Star Wars characters are plentiful enough to populate entire costume parties, so dedicating the whole night to Star Wars with friends and family is a common pastime!

Dressing up for May the Forth be with You.

Any day is a good day to celebrate Star Wars, after all… the movies are just awe-inspiring. But with May 4th just around the corner, this is a perfect opportunity to bring your favourite characters to life in costume. Why not throw a costume party on May 4th and get all your friends in on the Star Wars action?

The following characters are some of the classics – the firmest favourites. No Star Wars costume party would be complete without them: 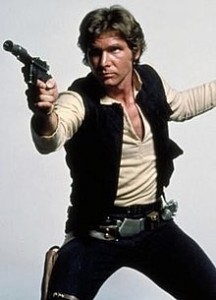 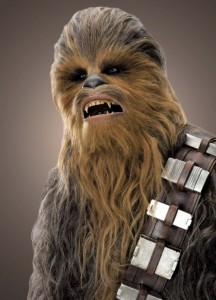 The captain of the Millennium Falcon is known as one of the great leaders of the Rebel Alliance… when you dress up as Hans Solo, will you be able to uphold his formidable reputation?

Everyone loves Chewie. It’s just so much fun to make those noises, never mind the rest! Chewbacca was a legendary Wookiee warrior, and of course he’s famous for being Han Solo’s co-pilot on the Millennium Falcon.

Hailing from the planey Kashyyyk, he became a Wookie military leader. A co-smuggler and scoundrel to Hans, he’s also a force to be reckoned with. Despite his incredibly hairy appearance, he’s kind of cute, don’t you think? Dressing up as Chewie definitely makes a costume party more interesting! 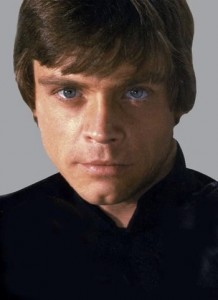 Luke Skywalker helped to defeat the Galactic Empire in the Galactic Civil War. He also helped found the New Republic and the New Jedi Order. He is another staple part of any costume party, and his light saber is an awesome toy for any gender and any age group!

Darth Vader (Anakin Skywalker) started out as a slave on Tatooine. He was discovered by Qui-Gon Jinn and Obi-Wan Kenobi. He had the potential to be one of the most powerful Jedis ever; some thought of him as the ‘chosen one’ who could bring balance to the Force. As Anakin Skywalker, he served the Galactic Republic as a Jedi Knight.

Later he forwent his position as a heroic Jedi Knight after being seduced by the dark side of the Force. He then became the Sith Lord we know as Darth Vader, leading the Empire’s eradication of the Jedi Order. You probably know the rest! Why not dress up as this Star Wars bad boy and practice your heavy breathing (and saber-wielding) skills?

Princess Leia Organa was a female force to be reckoned with. Born as the daughter of Anakin Skywalker and the Queen and Senator of Naboo, she was Luke’s twin sister, but after birth she was adopted by Bail Organa and Queen Breha of Alderaan, hence the Princess status.

Being called by her heritage, she became a Jedi Knight in the New Jedi Order after being trained by her brother Luke and Master Saba Sebatyne. Leia was one of the Rebel Alliance’s most fearless leaders, wreaking havoc on the battlefield in her quest to end the tyranny of the Empire.

Princess Leia had quite the personality and was also famous for her seductive look and cute hair braids and buns. She makes a perfect addition to any costume party, for sure!

Oh, and don’t forget to catch the Hans Solo movie later this month. If you’re a true Star Wars fan, we very much doubt you would miss this. Have fun with your Star Wars celebrations, and… may the forth be with you! 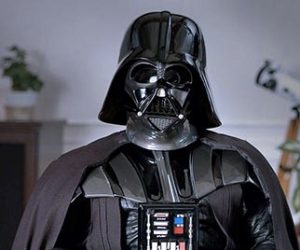 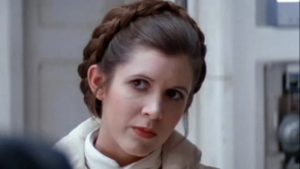