The Olympics bring people from all around the world together to celebrate strength, ambition, discipline, and good sportsmanship. They’re the perfect theme for a party to bring together your friends this August! The Olympics are a global event and so much more than just a sporting competition. Even if you and your friends couldn’t care less about sports, but enjoy culture or patriotism, there’s an Olympic themed party for every style!

Why have an Olympic themed party if you aren’t wild about sports? This year’s Olympic host is Brazil and if any country knows how to party, it’s Brazil! Bring Rio home this August with a Brazilian themed party that will bring the South American heat to your own living room. 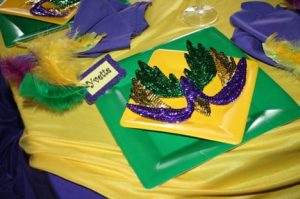 Fruit is great, but there is so much more fun to be had with Brazilian food! Create a buffet assortment of traditional dishes, from cheese bread to stuffed crab shells to shrimp stew. Brigadeiros, a traditional chocolate confection much like fudge or a truffle, gives your guests a sweet finish.

Switch things up from your usual drinks and feature freshly mixed Caiprinhas, made with the Brazilian liquor Cachaca. Just combine two ounces of Cacha with two teaspoons of sugar, pour over ice, and add a lime wedge. Delicious! 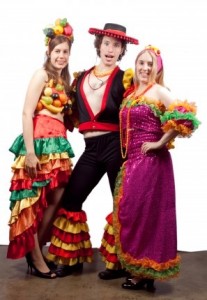 No Brazilian party is complete without the proper attire, so have everyone dress up in fun Rio inspired costumes!  From Sequined bras ruffled skirts and feathers you can make a grand entrance.

For those who are hardcore sports fans, an Olympic themed party is the perfect opportunity to let out your inner sports fan! Time your party to coincide with Olympic events on television, so that the games on the television in the background can set the tone for your festivities. But don’t rely on the Olympic games alone to do all the heavy lifting!

Have all of your guests dress up as beloved sporting heros or their favorite Olympic events. In the competitive spirit of the Olympics, have a challenge to see who can come up with the most creative costume! Hand out bronze, silver, and gold medals to the best costumes in the group.

To continue the competitive fun, play mini Olympic game challenges throughout the evening. Make sure that you have plenty of medals on hand to award to the winners of each challenge! From Olympic sport video games to mini races outside to Olympic trivia, your guests won’t be bored for a minute of your world-class Olympic party.

All that competing builds up an appetite, so prepare Olympic themed food and drink on hand for your guests to enjoy. Edible Olympic torches, made of ice cream cones filled with butter popcorn, make a triumphant sweet and salty snack. 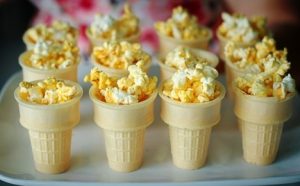 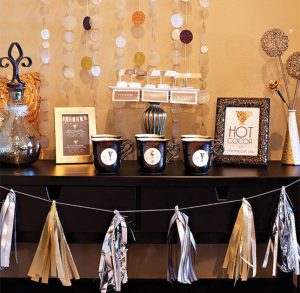 Fill bowls with monochrome foods in each of the Olympic colors to create your own Olympic rings chain on your snack table. Fill the first bowl with blue M&Ms and blue gummy candies. The second bowl features tortilla chips. The third bowl can have either black licorice candies or black olives depending on whether your group favors sweet or savory more! The third bowl is full of yummy green grapes and the final bowl, closing the chain, can be filled with cherries, strawberries, cherry tomatoes, or red candies!

Set up a Gold, Silver, and Bronze Medal drinks bar for your guests to wash down their snacks with. Shots in the Olympic colors, like bright green Midori and blue Curacao, keep the theme going! No one will be able to forget your Olympic night of fun.

If the general Olympics don’t excite you as much as the opportunity to show off your Aussie pride, throw a Mad Aussie Supporter party! Decorate your home with all things green and gold, so that you and your guests are absolutely surrounded by the colors of Aussie nationalism! Drape Aussie flags from your staircase, fireplace, bookshelves, and anything else that could serve as an impromptu flagpost. Add pep with green and gold streamers and balloons. Break the strict color theme with Olympic ring balloons, but return to green and gold with your refreshments table. 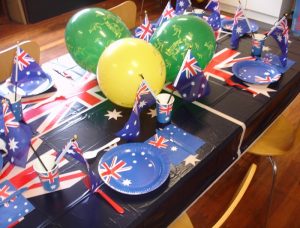 Green and gold paper plates and plastic cups are a given, but stick to only green and gold foods and drinks as well! Ginger ale makes a nice non-alcoholic gold and Midori makes a brilliant green. Bowls of green grapes, green candies, green gummy worms, green olives, cucumbers, and celery sticks mixed in with bowls of yellow corn tortilla chips, butterscotch and other yellow candies, and banana chips make the perfect snack assortment.

All party guests should either dress in green and gold or dress as their favorite Australian celebrities. Dame Edna, Mike Dundee, or even a jar of Vegemite all make excellent costume choices! Gather with your favorite people to cheer on the Australian Olympic team in true Aussie style.