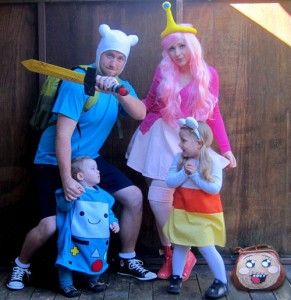 Dressing up in costume is obviously fun, or we wouldn’t bother doing it! Who doesn’t love to don the occasional brightly-coloured wig or cliché uniform? Costumes don’t necessarily have to be silly though; they can be eye-catchingly beautiful too. You probably wouldn’t go to your local bar dressed as a Greek goddess on a weeknight, but you don’t have to dig too deep to come up with a reason to throw your own fancy dress party if there isn’t something suitable going on.

We’ve got some ideas for throwing your own themed costume party, but we want to address some of the reasons why you absolutely should dress yourself ‘up to the nines’. We can’t actually think of any negatives, as it happens, but it’s certainly fun to think about the positives. For instance:

Who would have thought that dressing up in costume would have psychological benefits? Either way, if you think about it, it clearly does. Part of the reason people drink alcohol is to lose their inhibitions, which indicates that many of us restrict ourselves in countless ways, every day.

We’ve all got that one crazy/flamboyant friend who has us constantly raising an eyebrow; he or she has absolutely no qualms about attracting attention. If that’s not your character, you’re probably slightly more concerned about what others think of you. It’s just part of the human condition, to want to fit in with peers; however, it can be extremely liberating to totally let rip, behaving or dressing in an unorthodox manner. Boldness can be a very admirable trait, anyway!

We know you’re probably not going to do it on your own – that’s the domain of the crazy friend – but when you and your crew paint the town red while clad in fancy dress, you will attract attention… and why not? Who knows, you may even get used to it! 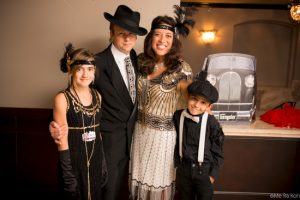 Another psychological trait we humans possess is insatiable curiosity. When we look back at the evidence of times passed – eras we can only imagine living in – we might get a wistful sense of borrowed nostalgia.

Realistically we know that without a time machine, we’ve got no hope of experiencing a true Great Gatsby lifestyle; but why on earth would we let that stop us from trying to re-enact it, even just for a night? It’s not so hard to get into the swing of things, and before you know it you might find yourself believing your own hype! Just try to remember to ditch the Charleston headband before you get to the office on Monday. Or, take the uninhibited tack and keep it on!

Those looking for a good historical party theme might consider the infamous 1920s, perhaps a 1940s wartime style, or the evening styles of the 1930s. You don’t even have to go too far back if you were an 80’s child – and the nostalgia for that would be truly authentic. 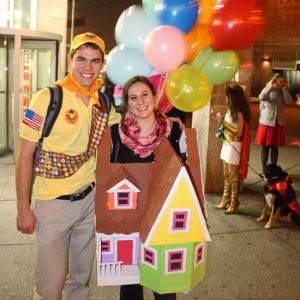 We don’t need to extol the virtues of letting your imagination run wild, but just in case ours happens to be running wilder than yours right now, we’ll give you a helping hand.

Imagination is creation. Absolutely everything you see around you in life – even the most mundane items – started with a thought. It could be argued that we generally perceive a lot more limitations in life than is necessary. For this reason we can get out of the habit of using our imagination to its maximum capacity.

If you were to put your mind to coming up with the most fun thing to do, imagining there were no limits (like budget or public opinion), what would you come up with? We’ll leave that one with you. In the meantime, one way to get the cogs whirring would be to throw a themed costume party and come up with some unusual ideas about how to keep it entertaining. Which brings us to: 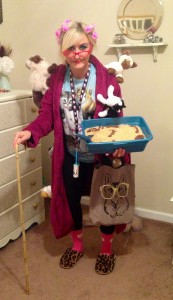 Most forms of entertainment are synonymous with humour. We all want to laugh because laughter equates to happiness. It’s why we love watching comedians, and it helps us to bond with others and release any stress or negativity we’ve been feeling.

Having a party usually means some form of humour is on the way, and you can really up the ante by theming it. There’s nothing quite like seeing your friends and family in highly unusual attire. You probably don’t want to see your Dad in a Borat mankini, we know; but we’d bet our bottom dollar you’d get a laugh out of it!

We’re not suggesting you coerce Dad into that kind of costume, but there are plenty of other costumes guaranteed to get the giggles going. Having people dress up as vegetables is a classic, as are sci-fi movie characters like Chewbacca and other famous icons… then there are Sumo wrestlers, morphs, or good old clowns, etc., etc.

At the end of our lives, all we really have is memories. If we don’t already, it’s likely that some day we will realise the true value our memories hold. Will you be the kind of person who looks back on your life and thinks, “I wish I had been a bit more adventurous!” or the kind of person who smirks to themselves while they tell their grandchildren the story about when they sprinted across the concert stage in a gorilla outfit?

Again, the latter option may be best left to that flamboyant friend, but there’s nothing to stop you from making your memories as colourful as possible. Why not throw a masquerade ball to end all masquerade balls? Set your backyard up as a circus? What about going out dressed as a team of showgirls, or Disney characters? Again, let your imagination run wild; the choice is yours. 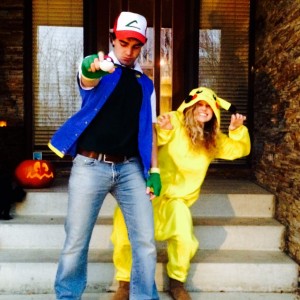 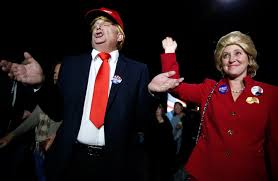