5 Of the World’s Best Parties for Your Bucket List 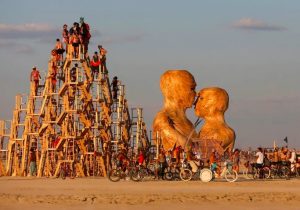 The world is chock-full of festivals and parties. You could never run out of options, but as is the same in all areas of life, not all parties are created equal. If you’re the type who appreciates peak experiences, do yourself a favour and make a commitment to attend one of the world’s best parties. After all, when we look back over our lives, it’s always the people and the experiences we hold in our hearts. These are the details that make us feel like we had a great life or otherwise.

One way to make sure you’ve got at least one epic memory to convey to your grandkids is this: get dressed up and join the world’s most dedicated hedonists at an annual event to remember. There are some exceptionally well-organised events happening year on year, so if you like the idea of being part of them, read on. 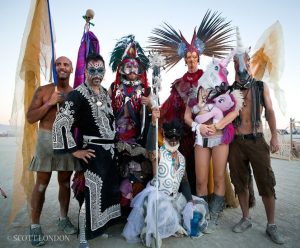 Why is it called Burning Man? The first festival in 1986 happened on the summer solstice, when a group of people burned an 8ft wooden man as a symbol of radical self-expression. Today it is dubbed the ultimate festival by many… Burning Man is certainly a party for the bucket list.

Set up in the Blackrock Desert, this is a festival where a ‘no-holds-barred’ attitude is essential. It is an arts extravaganza in the truest sense, and peace-loving humans from all around the world attend in droves – almost 50,000 so far! We guarantee you have never seen anything like it; artists spend months constructing elaborate and original structures that tower over the festival, creating wonder and intrigue.

Each year has a theme, and costumes are at their most wild. If you can dream it up, you can see it at Burning Man. Money is not a thing here, so you won’t spend cash on anything – you’ll simply barter. At the end of this festival, everything – and we mean everything – is burnt to the ground. No sign of the festival remains. Note that it’s very difficult to obtain a ticket; you need to create a ‘burner’ profile in advance and hope to be selected. Worth a try, right?

What to wear: Originality is key here. The wilder you can be, the better. Make it up as you go along! If you don’t fancy making your own outfit, how about going as a fireman or firegirl? Failing that, a Burning Man women’s costume or men’s costume are hot to trot. 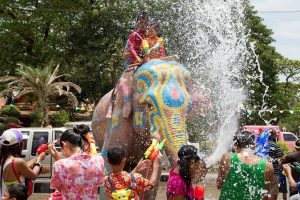 Songkran is the Thai New Year celebration, and the order of the day is to give everyone you come across a good soaking. Wherever you are in the country, if you don’t want to get wet, don’t leave your residence! The festival is a spiritual affair, as the Thais believe that the water washes away all your wrongdoings from the year before.

If you’ve had a naughty New Year’s Eve, it’s the perfect way to redeem yourself – in the most fun way possible. Grab yourself a monster water gun and prepare for battle. It’s a case of soak or be soaked… but most likely both! Songkran is the world’s biggest water fight. What’s not to like?

What to wear: As little as possible (while respecting Thai customs, of course). Whatever you wear is apt to get drenched, but sailors and mermaids will fit in well, as would Misty Pokemon, the master of water. Spiced up swimwear with accessories is a good DIY costume option too. 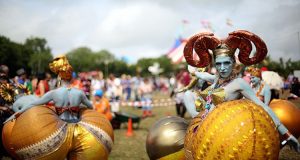 Glastonbury is the UK’s most famous music festival, attracting top acts from around the world every year.  Glastonbury aims to celebrate the earth, the arts and music, and it draws in a crowd of around 177,000. That is no small party! Over the course of five days you’ll be lucky enough to see up to 700 musical acts in their element. It’s a wild party for sure, and it’s so popular that you need to be on the ball to secure a ticket. They have been known to sell out in under an hour, with so many people buying tickets that the system has been known to crash before!

What to wear: Again, it’s a festival so anything goes. The glitterati will be out in force, so glam yourself silly! Showgirls are showstoppers, and superheroes would never be out of place. 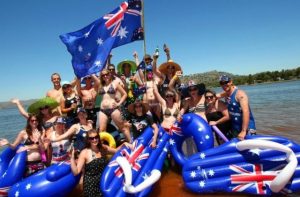 Our very own Australian festival makes sure we don’t have to go too far to find one of the best parties in the world. You’ve no doubt heard of Australia day, but just in case you’ve been living in a cave: the aim of this festival is to celebrate the first European settlement on the continent, and it’s (somewhat unsurprisingly) the biggest and best beer and barbeque festival in the world.

Wherever you are in the country, celebrate with us; no matter if you’re not local and don’t know anyone, step outside on this day and you’ll have a whole new crew in no time. You can expect raucous fun, barbeques, tunes and an endless supply of beer. As is often the case here in Australia, it’s a case of go hard or go home, so prepare for a hangover to remember!

What to wear: Anything traditionally Aussie. That might be Steve or Bindi Irwin, a convict, an Aussie Olympian or cricketer, or good old Crocodile Dundee. 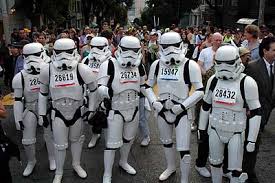 This original party started out back in 1906 as a way to lift spirits in the aftermath of an earthquake. Spirits clearly were lifted, as the memory has come alive annually ever since. Today’s Bay to Breakers party is called a race, but in reality it’s more like a costume party and keg race (a.k.a beer swilling competition).

The ‘race’ stretches out over 7 miles through downtown San Francisco and is jam-packed with inebriated teams of beer-hungry revelers. Numbers have been known to reach in excess of 70,000, and everybody goes out of their way to dress up for the occasion. Whatever costume you opt for, make sure you’ve got a shopping trolley to transport your beer kegs in too. If this idea floats your beery boat, register here.

What to wear: The anything goes rule applies here too. Why not turn up as a beer-loving German in lederhosen, or a sozzled leprechaun?

Whatever the festival, wherever the party, Creative Costumes are here to help you look the part. We love nothing more than to help you have the most fun possible, so feel free to get in touch.